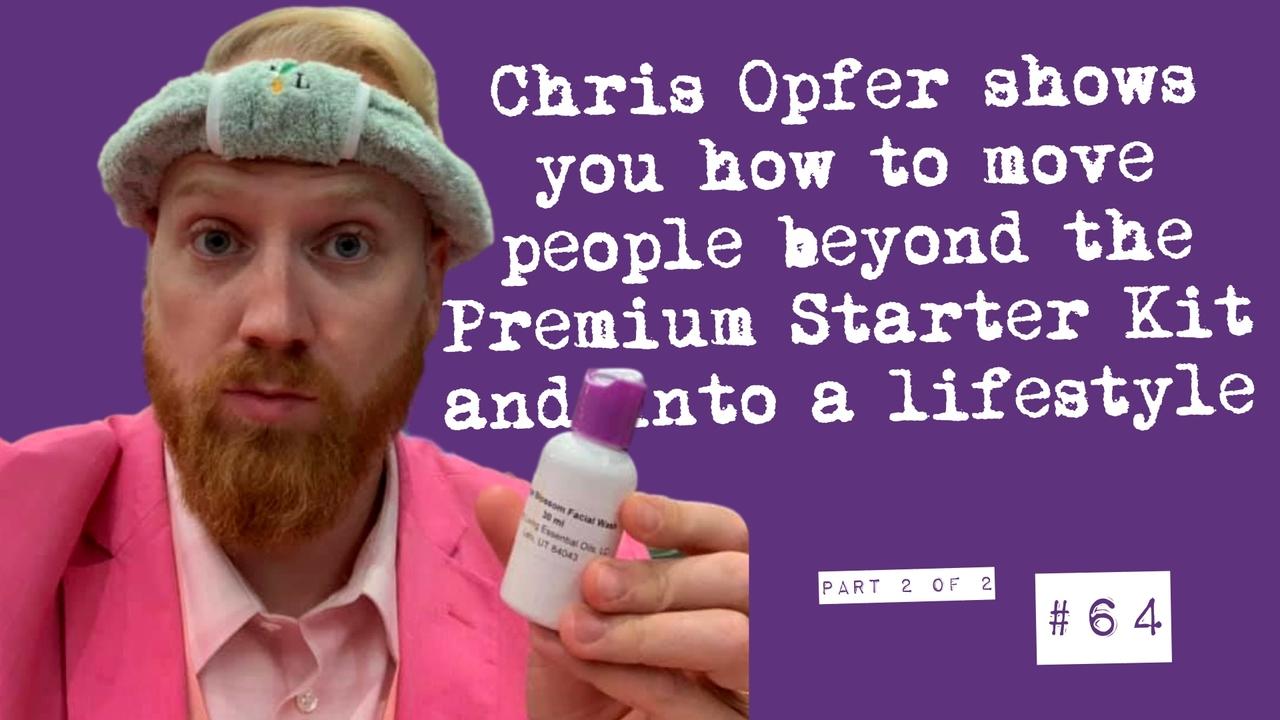 Chris reminds us that there’s a GOOD-BETTER-BEST, and that you, as the person selling the YL product (yes, he uses the word sell, on purpose) need to understand what people need AND show them the bigger picture.

“Some people will need one oil. That’s it.”

He told me about a lady in their downline that purchases on oil every 6 months for her son, something he needs.

“That’s where they are, and that’s what works for them,” he says.

He continued, “But others need to become wholesale members, and that’s good, too…”

The goal, of course, is to move people to Essential Rewards (and YL GO). However, we don’t force it… we offer it. And we offer it from the very beginning. 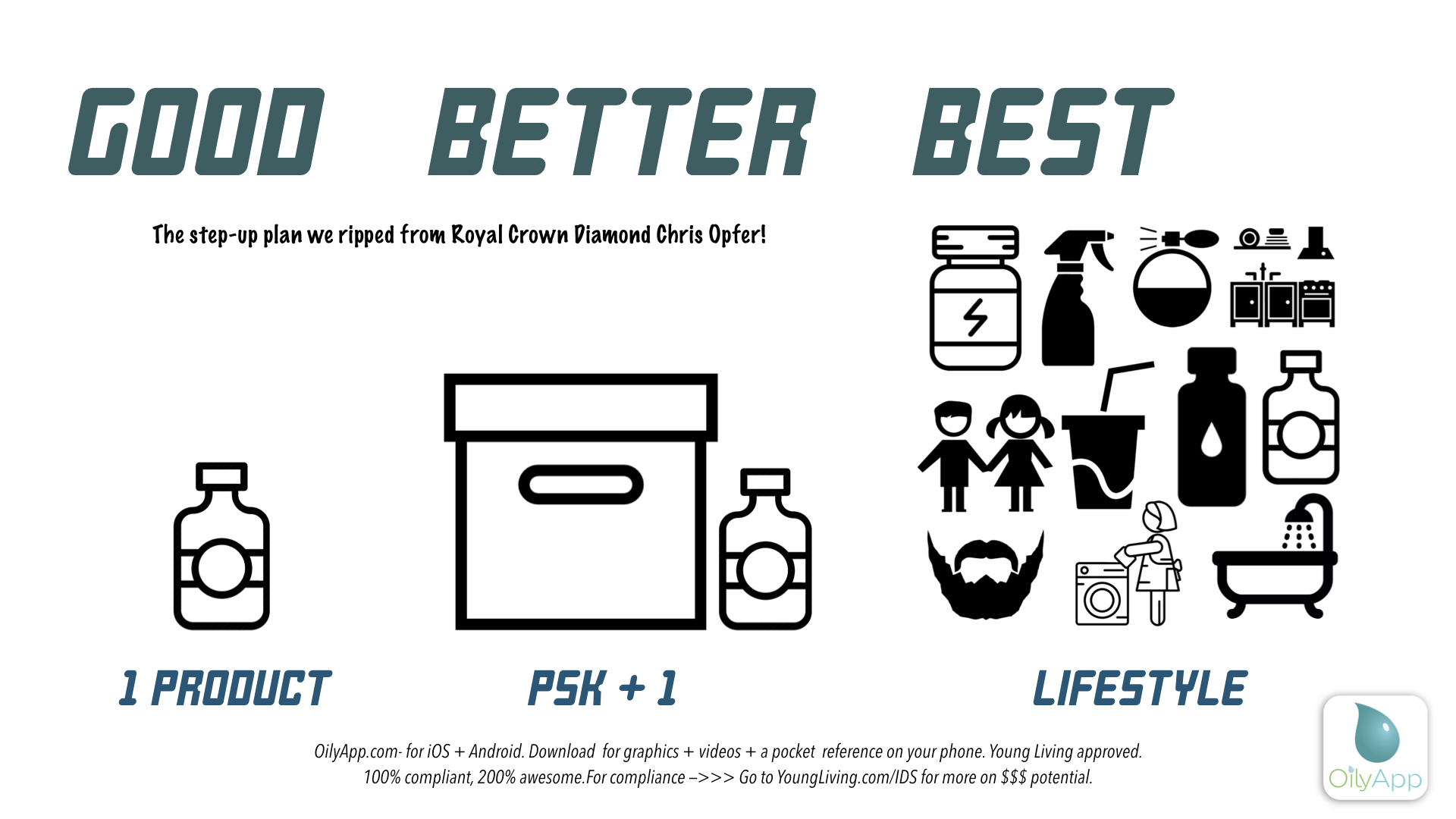 After he explained it, I told him, “It’s sounds like his is high information, low pressure…”

Then he gave me the example of a lady who bought a motorcycle from him- something he did in a past life, as he was working his way through school was selling at the local bike shop.

She wanted a small bike, the smallest you could put on the road. He told her that in two weeks she would want something bigger and stronger, that a small bike would blow off the road…

“Just the small one,” she said.

He was right, though. She came back two weeks later AND purchased the larger bike.

A few observations about this:

#1- He gave her ALL of the info on the front end. He didn’t force her to buy the bigger bike, but he let her know about it.

If he simply said, “Oh, you just need the small one,” she would have been disappointed after two weeks. He wold have done her a disservice.

If he forced her to buy the big bike, she wouldn’t have been happy, either…

#2- INFORMATION EMPOWERS. If Chris hadn’t told her about her options, he would have effectively had to “close her” multiple times.

We often do this with Young Living-

In other words, we force ourselves to close multiple times. It’s best, in Chris’ approach, to give them all of the info, let them make an informed decision, and then maintain the relationship.

#3- BUILD A BRIDGE AND LEAVE IT. By providing them with the best info, we show them what will work… Then, when they need it, they know where to come.

This leads me back to the beginning…

His approach is to “get them to something else WITH the kit rather than waiting. If you do that, your numbers become sustainable.

By the way, the end of this talk is worth the entire talk. Chris talks about starting new people in the biz and explains that YOUR UPLINE WORKS FOR YOU (not the other way around). Think about that…

And then order the book.

Ride for a Reason- where you can bid on Chris’ moped- https://younglivingfoundation.org/ride-for-a-reason-drawing